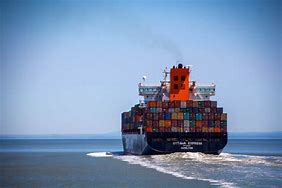 So how does a war half a world away effect the supply chain here in the United States? There is confusion and debate as to the exact impact that the Russian invasion of Ukraine will have on the global economy. However, as a logistics company, the immediate concern is the surging fuel and oil prices. Rising gas and oil prices, along with increased supply chain adversity in an already taxed system, help to drive an increase in inflation. The Russian invasion of Ukraine will also increase costs of some raw materials and manufacturing.

Russia is one of the largest oil and gas producers in the world, suppling the European Union. A CNN article states, “There is growing concern that Putin could retaliate by using not just natural gas but also crude oil as a weapon against the West” CNN also states, “The worldwide supply of oil was already failing to keep up with demand. If Russia, the world's No. 2 oil producer, intentionally held back supply, it would likely send oil prices skyrocketing, dealing a painful blow to consumers around the world.

An article by CNBC adds, Germany would be the hardest hit, they require a substantial amount of natural gas for manufacturing and electricity. In the article, Atul Vashistha, chairperson and CEO of supply chain risk intelligence firm, Supply Wisdom, stated that the disruption of natural gas supplies to Germany could hold back manufacturing production, which would have a “cascade” affect to manufacturing in other countries.

So, what does this mean here? It means that the gas and oil prices are increasing and that increases transportation and shipping costs. “Joe Brusuelas, chief economist at accounting and consulting firm RSM, told CNN that the conflict could push inflation to 10 percent year over year, driven in part by gas. By his calculation, an increase in oil prices to $110 per barrel could increase consumer prices by 2.8 percent over the course of a year.” Alan Detmeister, an economist at UBS, told the New York Times that “if oil hits $120 per barrel, inflation could get to 9 percent in the coming months”. According to CNN, “JPMorgan has warned that oil would spike to $150 a barrel in the event that Russia's exports are cut in half. That would translate to a roughly 41 percent increase from the recent high of nearly $106 a barrel.”

It also means, with heavy sanctions placed upon Russia from numerous countries, there will also be an increase risks to food security, an increase in the cost of raw materials, and an ever-increasing instability in the Global Markets. We have all heard by now that Ukraine is the “breadbasket of Europe.” According to CNBC, “Russia is the World’s top Wheat exporter. Together with Ukraine, both account for roughly 29 percent of the global wheat export market.” We can expect shortages from countries that import products containing wheat and other products imported from Russia and Ukraine. “Further, any disruptions to natural gas supply will affect production of energy-intensive products, such as fertilizers,” that will increase production costs for farmers here in the U.S.

Russia’s biggest export to the U.S is mineral fuels, estimated at $13 billion, according to an article by Fox 8 News. Russia also exports precious metal and stone, iron and steel, fertilizers, and inorganic chemicals. Russia also controls 10 percent of global copper reserves and is a major producer of nickel and platinum according to an article by CNBC. The article goes on to say that “Nickel is a key raw material used in electric vehicle batteries, and copper widely seen as an economic bellwether- is extensively used in electronics manufacturing and construction of homes.” It further states that “The U.S. chip industry heavily relies on Ukrainian-sourced neon and Russia also exports a number of elements critical to the manufacturing of semiconductors, jet engines, automobiles and medicine.” It is easy to see that the Russian invasion of Ukraine is intensely more complicated than it may seem on the surface, with far reaching consequences for the rest of the world.”

In Logistics we could also add increased supply chain problems related to shippers, such as Maersk, one of the largest shippers in the world, who have suspended deliveries to and from Russia, according to an article by Freightwaves. The article states “Russia is not America’s largest trade partner by a long shot-representing less than 1 percent of the total imports-but many of our largest trading partners, like Germany and China, have strong ties to the country. Most of the current supply chain woes have been driven by demand that exceeds the current transportation capacity limits. This conflict will impact maritime shipping capacity worldwide and add to the already present price inflation.”

Furthermore, ocean and air shipping rates could increase as much as three times the current rate, according to an article published by the Insider. The article also states that, “Glen Koepke, the general manager of network collaboration at the supply chain consultancy firm FourKites, told The New York Times that shipping rates could surge from $10,000 per 40-foot container to $30,000, while air freight rates could jump even higher. Since the pandemic started, ocean shipping rates have hit all-time highs. Koepke warned the war could be yet another blow to the global supply chain. He noted that while the shipping industry hasn't hit its peak season" companies are ramping up for summer volume, and that's going to have a major impact on our supply chain. "Russia's invasion has heavily impacted cargo ships that traverse the Black Sea — a key route for oil and bulk food exports. Since Thursday, several ships have been fired upon or detained.”

The Insider went on to state that “On Monday, the UK banned all Russian ships from entering its ports. Meanwhile, shipping executives and port officials in Belgium, Holland, and Germany have said cargo ships that are destined for Russia will be stopped and inspected. The conflict has caused many vessels to reroute, exacerbating congestion at other ports in Europe as Ukraine's largest port shutdown on Thursday. Over 200 ships are waiting to cross the Kerch Strait as of Monday, according to data from Lloyd's List. The channel connects the Black Sea to the Sea of Azov." All those hubs in Northern Europe are already pretty congested, and every little thing that delays cargo flows will intensify the problem," Vincent Clerc, head of ocean and logistics services at Maersk told The Wall Street Journal. The shipping company was joined by ONE, MSC, and Hapag-Lloyd in the decision to suspend shipments to and from Russia — a move that will impact at least 47 percent of global container shipping.”

According to the Logistics Managers’ Index, “Companies have had to overorder due to concerns about tariffs or scarcity of product for the past three years. The pandemic ordering behavior has driven warehouse prices up as capacity has contracted nearly every month since March 2020.” Logistics companies have had to do their best to stay on top of the ever-changing difficulties in the supply chain over the past few years. AN Webber Logistics’ Director of Business, Matthew Schore, is confident that we can continue to collaborate with our customers and suppliers to reduce the impact of these increased costs. Our thoughts and prayers go out to those directly affected by this war, with consequences much worse than inflation or supply chain disruptions.